The Alaskan Way Viaduct actually consisted of two separate viaducts. The South Viaduct was located in the Seattle Harbor area and was approximately 1,220 meters long. There was a connection to the West Seattle Bridge. This part of the viaduct has 2×2 lanes. This is followed by an approximately 900 meter long section at ground level, after which the second, actual Alaskan Way Viaduct began.

The second part went first through the harbor area, and further north along the center of Seattle. The overpass separated Downtown Seattle from Puget Sound and had 2×3 lanes. Parts of the viaduct were double-decked. This viaduct was 3,450 meters long. The overpass had some connections to downtown Seattle. On the north side, the viaduct connected to the Battery Street Tunnel.

The demolition of the viaduct in 2019.

The Alaskan Way Viaduct was built in the early 1950’s as a quick route along Downtown Seattle. The viaduct opened to traffic on April 4, 1953. Shortly afterwards, the connecting Battery Street Tunnel also opened. The viaduct was originally only a bypass of the center, entrances and exits were constructed in the 1960s. In the early 1960s, Interstate 5 was built parallel to the Alaskan Way Viaduct, providing traffic on two north-south routes through Seattle. The viaduct was damaged during the 2001 Nisqually Earthquake.

The viaduct was in poor condition and could not withstand earthquakes. It also formed a visual barrier between downtown and the Seattle waterfront. That is why the viaduct was replaced by the Alaskan Way Viaduct replacement tunnel between 2012 and 2019. This is a bore tunnel. The viaduct was last in use on January 11, 2019. The tunnel opened to traffic on February 4, 2019, after which the viaduct was demolished.

In 2012, 71,000 vehicles drove over the Alaskan Way Viaduct every day. More than half of the traffic had no origin or destination in downtown Seattle.

The Cable Bridge, also known as the Ed Hendler Bridge is a cable- stayed bridge in the United States, located between Pasco and Kennewick in eastern Washington state. The bridge spans the Columbia River.

The Cable Bridge is 763 meters long and has no bridges. The main span is 229 meters. The bridge has two H-shaped pylons 72.9 meters high. The bridge deck is 24.3 meters wide and is 15 meters above the Columbia River. The bridge has 2×2 lanes but no emergency lanes. State Route 397 runs across the bridge between the towns of Pasco and Kennewick.

On October 21, 1922, the first bridge over the Columbia River, the Pasco–Kennewick Bridge, opened at this site. This was a cantilever truss bridge with a main span of 132 meters. It was the first bridge over the middle section of the Columbia River and replaced a ferry service. US 410 originally ran across the bridge, until this number was dropped in 1967. The bridge was originally a toll road until 1931, to recoup the construction costs. Washington State took over management of the bridge in 1931. In 1968, the bridge was sold for $1 to the towns of Pasco and Kennewick.

The old bridge from 1922 was demolished in 1990. The bridge is named after Ed Hendler, an insurance salesman and later mayor of Pasco, who died in 2001. 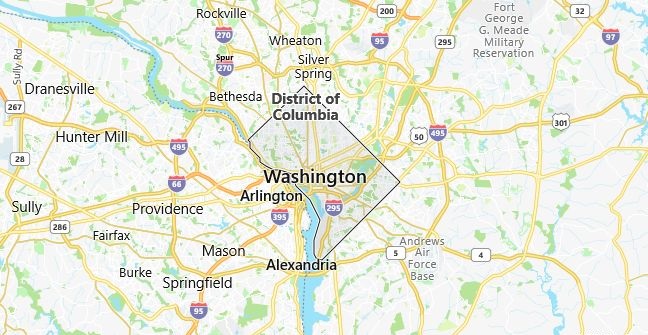