In October 1926 Seipel was again Federal Chancellor, followed from April 1929 by the governments under E. Streeruwitz (CP; May to September 1929), Schober (September 1929 to September 1930), C. Vaugoin (CP; September to December 1930),O Ender (CP; December 1930 to June 1931) and K. Buresch (CP; June 1931 to May 1932). The short life of most of the cabinets in the succession of the Seipel government was dominated by the party-political and ideological polarization between “Austromarxists” and “anti-Marxists”. H. between the social democracy, which wanted to build a “socialist Austria” as part of its “Linz program” (November 1926), and the bourgeois forces, v. a. the CP, in which corporate state ideas came to the fore more and more. The tensions were exacerbated by the confrontation of ideologically opposing paramilitary groups: the Social Democratic Republican Protection Association on the one hand and initially conservative, later fascist “front-line combatants’ associations” on the other. When members of the Heimwehr who had killed two people in a clash with the Republican Protection Association were acquitted in the Schattendorf trial, there were militant demonstrations by socialist workers in July 1927 (fire in the Vienna Palace of Justice). Since the bloody suppression of these demonstrations, the Heimwehr, which, under the leadership of E. R. von Starhembergs, increasingly oriented themselves ideologically towards Italian fascism (“Austrofascism”), became more prominent in domestic political life.

On December 5, 1928, the Federal Assembly elected W. Miklas as Federal President. Under the influence of the authoritarian, anti-parliamentary tendencies advancing in Europe, the Schober government pushed through the popular election of the Federal President at the expense of parliamentary bodies (constitutional reform of December 7, 1929). In 1930 representatives of the Home Guard were first in government (under Vaugoin) involved. After the last National Council elections in the First Republic (November 9, 1930), in which the SP became the strongest party again but remained excluded from the government, the formation of a government became extremely difficult. The Heimwehr gained its own representation as a »home bloc« in the National Council. The effects of the global economic crisis (since 1929; unemployment in February 1933: 557,000 people or 21.7%; disruption of state finances, especially as a result of state liability for the collapse of the Austrian Creditanstalt, 1931) exacerbated the domestic political radicalization. The plan for a German-Austrian customs union failed in 1931 BC. a. at the resistance of France.

In May 1932, E. Dollfuss became Federal Chancellor at the head of a coalition government made up of Christian Socialists, Landbund and Heimatblock.

With renewed recognition of the ban on affiliation, Austria obtained an international loan of 300 million schillings (with four years of financial control by the League of Nations) in the Lausanne Protocol (July 15, 1932). Based on the War Economic Enabling Act of July 24, 1917, Dollfuss took under the impression of its narrow parliamentary majority (one vote), the National Council had a brief quorum (March 4, 1933) as an opportunity to eliminate it like a coup d’état, and established an authoritarian system of government by means of emergency ordinances. He dissolved the Republican Schutzbund and deployed the Home Guard (supported by fascist Italy with money and weapons) as an “emergency police”. In the fight against social democracy and the rapidly increasing National Socialism since 1932, he founded the Fatherland Front as a (cross-party, later party-replacing) political platform for his rule in May 1933. Dollfuss secured foreign policy his system of government through close collaboration with fascist Italy (meeting with B. Mussolini in Riccione, August 1933). – In September 1933, the Heimwehr was able to fill the Vice Chancellery (first E. Fey, then Starhemberg) strengthen their position in the Dollfuss government. At the same time the government set up “detention camps” (Wöllersdorf and Kaisersteinbruch in Lower Austria) to intern political prisoners. Actions by the Heimwehr against the Social Democrats sparked a civil war in February 1934, in which the Social Democrats were bloodily defeated by government troops, police and home guard units; The SP and unions were banned, and social democratic state and municipal administrations were deposed. With the destruction of the Austrian labor movement, Dollfuss created the prerequisites for cooperation with fascist Italy and Hungary (Roman Protocols, March 17, 1934) and for the promulgation of the authoritarian-class (Austro-Fascist) “May Constitution” (May 1, 1934); at the same time the Concordat concluded on June 5, 1933 with the Holy See came into force.

With the establishment of the Nazi dictatorship in Germany (January 30, 1933), the Austrian National Socialists increased their terrorist actions to enforce the “Anschluss” with the German Reich, with a growing number of people. While A. Hitler put the Austrian government under pressure to found an “Austrian Legion”, Dollfuss banned the NSDAP and its branches in Austria in June 1933.

With the knowledge of German authorities, Austrian National Socialists carried out the July coup (July 25, 1934), in which Dollfuss was murdered. With the suppression of the putsch, which he tolerated, Hitler withdrew his external support from the Austrian National Socialists, v. a. to reduce the tension that has arisen with fascist Italy. Instead, he sent the former German Chancellor F. von Papen as a special ambassador to Vienna in order to prepare for the “Anschluss” by means of co-ordination.

According to petsinclude, von Schuschnigg, appointed Federal President Miklas as Federal Chancelloron July 29, 1934, initially continued the policy of his predecessor on the authoritarian basis created by Dollfuss. At the Stresa Conference (April 1935) France, Great Britain and Italy renewed their earlier declarations (1934) in favor of Austrian sovereignty. After the collapse of the Stresa front (as a result of Mussolini’s war in Ethiopia since October 1935) and as a consequence of the approaching rapprochement between Germany and Italy, Schuschnigg closed on July 11, 1936, signed a contract with the German government (“July Agreement”) in which his government committed itself to a foreign policy as a “German state” on the basis of mutual non-interference and amnestied all Austrian National Socialists in custody. He had previously excluded Starhemberg from the government in May 1936 (as Mussolini’s confidant). Meanwhile, the National Socialist pressure and the infiltration of v. a. of the government apparatus by partisans of National Socialism. After Hitler and Schuschnigg met in Berchtesgaden (February 12, 1938), Hitler forced the appointment of the National Socialist A. Seyß-Inquart as Minister of the Interior. 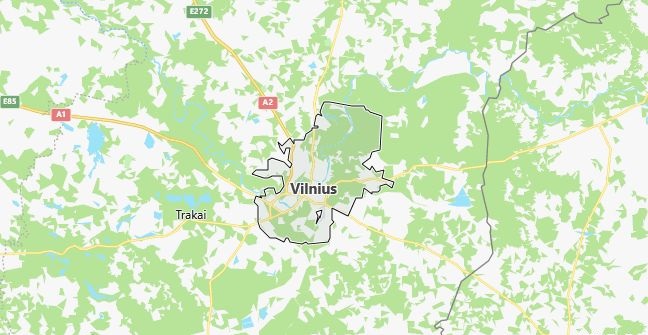