In violation of Belgian neutrality, German troops marched into Belgium in May 1940 in the course of their attack on France. King Leopold III signed against the will of the Catholic, Liberal and Socialist government under Prime Minister H. Pierlot(1939–40) . as commander in chief of the Belgian army on May 28, 1940, the surrender of his armed forces. The Pierlot cabinet went to London and was constituted there as a government in exile (1940-44). King Leopold III. however, remained in Belgium (first in Laken Castle in Brussels, internment in Germany in June 1944, and later in Austria).

Belgium and parts of northern France were subject to German military administration from 1940-44, most recently to civil administration for a short time. The Belgian economy was subjected to the demands of German warfare. The fascist Rex movement under L. Degrelle worked closely with the German occupation forces. In the wake of the Allied landing in Normandy (since June 6, 1944), the German troops surrendered Belgium (September 1944). In December 1944, Belgian territory was once again a war zone during the German Ardennes offensive.

Reconstruction after the war

With the return (1944) of the Pierlot government to Belgium, the rebuilding of parliamentary-democratic life in the country began. Within the framework of the Christian People’s Party (CVP), founded in 1945, the forces determined by the Catholic denominations have since then emerged programmatically as “Christian Democrats”; they remained the strongest party, but took turns with the socialists in governance more often than before the war and, in contrast to the pre-war period, had to join the opposition several times. In addition to the Liberals, other smaller groups emerged. The parties entered into various coalitions with one another; 1945–47 the communists took part in the government. Prime ministers were (until the beginning of the 1960s): Pierlot (Catholic; until 1945), A. van Acker (socialist; 1945–46; 1954–58), Spaak (socialist; 1946; 1947–49), C. Huysmans (socialist; 1946–47), G. Eyskens (CVP; 1949–50; 1958– 61), J. Duvieusart (CVP; 1950), J. Pholien (CVP; 1950-52) and J. van Houtte (CVP; 1952-54).

The first post-war years were marked by hundreds of thousands of trials against Belgian citizens who were accused and convicted of collaboration with the German occupying forces. In addition, the king question, i. H. the problem of the return of King Leopold III. , who had lived in exile since his liberation from German captivity (1945), on the Belgian throne, to serious internal political disputes. V. a. the attitude of the king in World War II, which was particularly sharply disapproved of by the left-wing parties. 1944–50 was Karl von Flandern (* 1903, † 1983), a brother of Leopold, used as regent. When the Eysken government recalled the king in 1950 and a majority of the population voted 57.6% in favor of his return to the throne, socialists and communists organized a general strike forcing him to renounce the throne in favor of his son Baudouin (accession to the throne 1951).

In the 1950s, the question of state subsidies for the Catholic school system led to a conflict between the socialist-liberal van Acker government (1954–58) and the opposition CVP; the dispute was settled in 1958 by the »school pact«.

In its foreign policy, according to relationshipsplus, Belgium initially sought intensive economic cooperation with the Netherlands and Luxembourg (Benelux). In close contact with one another, the three states, now often called the Benelux countries, joined the UN in 1945, joined the Brussels Pact in 1948 and NATO in 1949. They promoted v. a. European integration efforts with accession to the Council of Europe (1949), the Coal and Steel Community (1951), the European Defense Community (EVG, 1952; not realized), the European Economic Community (EEC, 1957) and the European Atomic Energy Community (EURATOM, 1957). Brussels became the seat of the European Commission and other institutions of the EEC / EC.

In 1960, Belgium released its colony, the Belgian Congo, to independence (Congo), with Belgian politicians, entrepreneurs and the military subsequently trying to influence the development of the country (involvement of secret service employees in the assassination of the first Congolese Prime Minister P. Lumumba and Support for the renegade, resource-rich provinces of Katanga and Kasai). In 1962 Rwanda and Urundi (Burundi) also gained their sovereignty.

Colleges; Photo museum, museum of the glass industry, art museum, theater. The economic consequences of the closure of the coal mines and the decline of the glass and steel industry could only be partially offset by the establishment of industrial parks (including electrical engineering, metal processing, food and vehicle industries) that began in the 1970s. Charleroi is connected to Brussels by an inland canal.

Cityscape: Charleroi is on the UNESCO World Heritage list with the belfry of the town hall (70 m high, built in 1936) and the Bois du Cazier coal mine (1956 severe mountain disaster with 262 deaths, closure in 1967).

History: The medieval village of Charnoy (Carnoi) was fortified by the Spaniards in 1665 and renamed Charleroi after their King Charles II. Conquered by Turenne in 1667, it fell to France in the Peace of Aachen (1668); Vauban expanded the fortress again. The Peace of Nijmegen (1678) returned Charleroi to the Spanish Netherlands. In 1868 the fortress was razed. 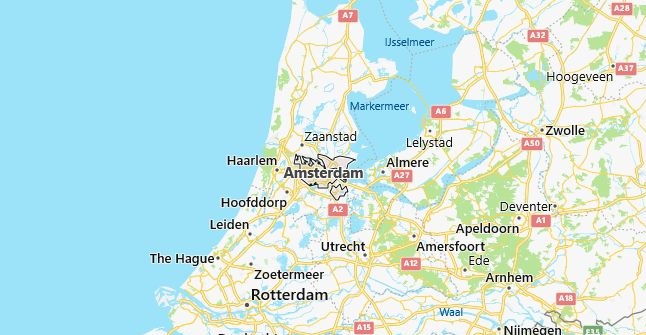