Upon liberation, in August 1944, the king was taken prisoner by the Germans and it was his brother, Prince Charles, who assumed the regency, in a country in not unfavorable economic conditions, but in the throes of serious political difficulties. A referendum in 1950 reconfirmed the monarchy; however, following various riots, Leopold III preferred to abdicate in favor of his son Baldwin who ascended the throne in 1951. In the meantime, Belgium, admitted to the UN in 1945, thanks to its economic position, increasingly assumed an international role, for impulse especially of Paul-Henri Spaak, prime minister in 1946 and then from 1947 to 1949. In the following decades the country went through deep crises, due to the abandonment of colonial policy in Africa (independence granted to the Congo on 30 June 1960) and to the persistent tensions created by the ethnic-linguistic division. The worsening of the ethnic contrasts between the Walloons and the Flemings determined, in the 1980s, the start of a process of transformation of the Belgian state that would end in 1993 with the new federal Constitution. Begun in 1980 with a regionalization program (Flanders, Wallonia, Brussels), this path accelerated eight years later by the will of the coalition government between the Christian Socialists and the Socialists., which transferred 70% of the state budget to the direct management of the three Regions, investing them with relevant powers also in terms of education, scientific research, economics, foreign trade, public works including roads and ports.

But not even this proved sufficient to attenuate an ethnic contrast of ancient memory and this negatively affected political stability with the coalition entering into crisis, determining the calling of new legislative elections (November 1991). According to Abbreviationfinder, the response of the polls highlighted a downsizing of the socialists and of the Christian-social ones at the same time as the progress of the Greens and the advance of the right-wing linguistic party Vlaams Blok (Flemish). In this way, Wilfred Martens’ star set, the Christian-social leader of numerous governments for 12 years, and the premiership was assumed by a man of the same party, Jean-Luc Dehaene, at the head of a renewed coalition with the socialists. The new government showed a greater decision in carrying out the project of transformation of Belgium into a true federal entity that Parliament definitively approved on July 14, 1993. This great constitutional change was followed by the sudden death of King Baudouin I (July 31)) who was succeeded (9 August) by his brother Alberto of Liège with the name of Albert II. But while thanks to the new institutional structure the rate of conflict due to ethnic resentments was lowered, Belgian political life was shaken by new problems. Some French-speaking socialists were accused (1994) of having collected bribes in the past from the Italian company Agusta for the supply of helicopters. A scandal destined to spread also to the Flemish socialists and to members of the Armed Forces themselves. In this climate, the conditions for the new successes of the right-wing formations in the administrative elections of 1994 (October) were determined. The fact that the issue also touched government officials convinced Dehaene to call new elections (May 1995); but these did not change the political framework, with the coalition forces holding firmly the majority of parliamentary seats. dioxin, could not fail to influence the legislative elections of 1999, which relegated, for the first time since the war, the party of the center to the opposition. Dehaene was succeeded by the liberal Guy Verhofstadt, placed at the head of a coalition government of Liberals, Socialists and Greens. In the 2003 legislative elections, the socialists and liberals of the ruling coalition won, but the Greens retreated, while the right-wing Vlaams blok party took hold. Later the leader of the Liberal party, Guy Verhofstadt, formed a government composed of an alliance between Socialists and Liberals.

In June 2007, the elections were held which were won by the Christian Democrats with 31% of the vote, while the liberals of Verhofstadt dropped to 18.5% and the socialists also got only 15.5%. The country remained without an executive due to the difficulties that the parties had encountered in forming a government, until March 2008, when the coalition led by Yves Leterme was created, but he resigned at the end of the year due to a financial scandal. In January 2009 the new executive, led by the Christian Democrat Herman Van Rompuy, he gained the confidence of parliament. However, in November Rompuy was appointed president of the European Council and replaced by Y. Leterme, until April 2010, when the latter resigned to Albert II, after the Flemish separatist party VLP withdrew from the ruling coalition. In June, the legislative elections saw the clear victory of the N-Va (New Alliance for Flanders) in the North of the country and the French-speaking Socialist Party, led by Elio Di Rupo, in the South. After the interruption of negotiations for the formation of the new government, in September the king instructed the chamber and senate presidents to take them back, but they were unable to form an executive. In November 2011 Elio Di Rupo managed to form a government coalition made up of six parties (three Flemish and three French-speaking), forming an executive in agreement on the program and the public budget. In July 2013, the king abdicated in favor of his son Philip. In July 2014, after the uncertain results of the June elections, the king entrusted Charles Michel, some French-speaking liberals and the Flemish Kris Peeters with the task of forming a new government. In March 2016, Brussels was devastated by a series of Islamist attacks, including the one inside the metro and the airport that killed more than 30 people. 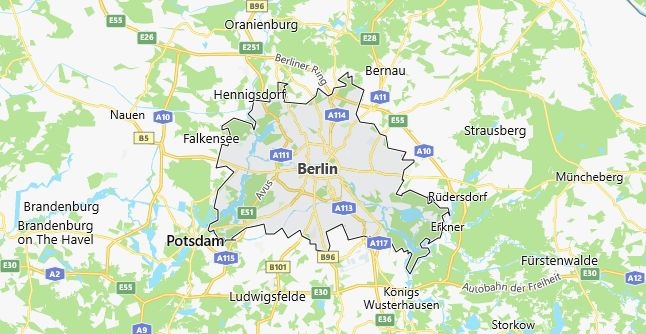