In Flanders, this statement was often criticized as an impermissible intervention by the monarch in day-to-day politics. Two weeks after the xenophobic murders of two foreigners by a young skinhead on May 11, 2006, around 200,000 people protested in Antwerp with a “white march” against racism and for tolerance. The Flemish Christian Democrats, led by Y. Leterme, won the most seats in the parliamentary elections on June 10, 2007 with their Flemish alliance partner, the right-wing N-VA.

The Flemish Socialists were the biggest losers in the election. Leterme initially failed with the formation of a government, as no agreement on state reform could be reached in the coalition negotiations. To settle the domestic political crisis, G. Verhofstadt formed a transitional cabinet made up of Flemish and Walloon Liberals and Christian Democrats as well as the Parti Socialiste, which was sworn in on December 21, 2007. In March 2008, the parties involved in the transitional government agreed on a coalition with Leterme as the new prime minister. He did not succeed in finding a compromise for state reform. In September 2008 she left with Letermes Christian Democratic CD & V allied N-VA the government alliance. On 19 December 2008, Leterme resigned his government on charges of unauthorized interference with the judiciary. On December 30, 2008, King Albert II sworn in the Flemish Christian Democrat H. Van Rompuy as his successor.

To combat the financial crisis, the government issued a state guarantee for all banks until the end of 2009. Together, the governments of Belgium, Luxembourg and the Netherlands also took over large parts of the Benelux bank Fortis for € 11 billion. In May 2009 Belgium transferred three quarters of its Fortis shares to the French financial group BNP Paribas. On June 7th, 2009 regional elections and the European elections took place at the same time. In the election to the regional parliament in Wallonia, the ruling socialists were confirmed, the strongest force remained. In Flanders, the N-VA was able to triple its share of the vote with 13%. The right-wing radical Vlaams Belang remained the second strongest party despite the loss of votes. There was a comparable result in the European elections. After Van Rompuy was appointed President of the European Council on November 19, 2009, Leterme returned returned to head of government on November 25, 2009. As a result of the state economic stimulus programs to overcome the economic and financial crisis, the national debt rose sharply. After the renewed failure of the negotiations on the reform of the Brussels-Halle-Vilvoorde constituency, the Flemish-Walloon conflict led to the ruling coalition breaking in April 2010. In early parliamentary elections on June 13, 2010, the N-VA became the strongest political force. It was able to win 27 of the 150 parliamentary seats and 17.4% of the vote. The second strongest party was the Parti Socialiste (13.7% and 26 seats). Above all, the opposing views of the N-VA and PS on state reform prevented the formation of a government quickly. Several of King Albert II appointed mediators failed to find a compromise between the various party political camps. The Leterme government therefore initially remained in office. Economic pressure arose in the period that followed from the country’s high national debt. In April 2011, the IMF certified Belgium as having a high refinancing risk. The rating agency Standard & Poor’s downgraded the country’s credit rating in November 2011. This increased the pressure on the parties, who had started negotiations again in July 2011 after a one-year break, to form a viable government coalition. In September 2011, an agreement had already been reached on splitting up the bilingual electoral district of Brussels-Halle-Vilvoorde. At the beginning of December 2011, the negotiating partners were also able to agree on a joint austerity program for the highly indebted country.

On December 6, 2011, the king swore in the new government made up of socialists, Christian democrats and liberals. The new Prime Minister was E. Di Rupo (PS).

The formation of the government had taken 541 days. In July 2012, the electoral district of Brussels-Halle-Vilvoorde was split up. The local elections on October 14, 2012 were marked by strong political shifts in the north of the country: In Flanders, the N-VA became the strongest force with a good 30%. Its chairman Bart De Wever (* 1970) was able to take over the office of mayor in Antwerp on January 1, 2013. On July 3, 2013 King Albert II abdicated for reasons of age and health on July 21, 2013 in favor of his eldest son Philippe famous. The passing of a law on the lifting of the age limit for euthanasia in February 2014 led to domestic political controversy.

According to intershippingrates, Parliamentary and European elections were held on May 25, 2014. In the parliamentary elections, the N-VA was able to expand its position as the strongest party. She won 33 seats. The Parti Socialiste (PS) suffered losses, but remained the second largest party with 23 seats. This was followed by the Francophone Liberals (MR) with 20 seats, the Christen-Democratisch en Vlaams (CD & V) with 18 seats and the Flemish Liberals (VLD) with 14 seats. The N-VA was also the strongest force in the European elections. After difficult coalition negotiations, King Philippe swore in a new cabinet on October 11, 2014 with the francophone liberal C. Michel as the new Prime Minister. Michel had formed a center-right coalition of MR, VLD, CD & V and N-VA. This was the first time that the N-VA, which was fixated on Flemish independence, became part of the government. 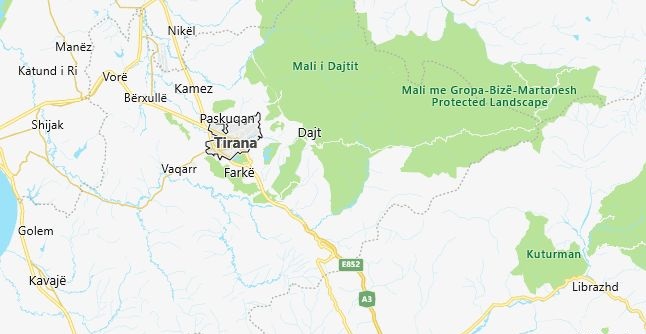