Timor. Since October, the province of East Timor has been under UN administration. The Indonesian government – pressured by the country’s economic situation to keep up with the outside world – already hinted at the beginning of the year that there was an opportunity to allow East Timor to become independent. Indonesia’s annexation of East Timor in 1976 has always been controversial and never recognized by the UN.

Visit Countryaah official website to get information about the capital city of East Timor. UN-led negotiations between Indonesia and the former colonial power Portugal resulted in a referendum agreement in May. Immediately after the negotiations began, however, pro-Indonesian groups in East Timor had taken up arms against those who advocated independence. A terror campaign, which was undoubtedly well-planned and supported by the Indonesian army, escalated in the spring. Several massacres were carried out and thousands of people fled. A UN force of 280 police officers and 600 election monitors, sent to East Timor in May-June, stood helpless in the face of the violence.

Despite the war-like state, the referendum was conducted on 31 August. 98.6% of registered voters participated, and 78.5% said yes to independence. The militia did not accept the result, and a mindless violence broke out. The Indonesian army and the militia laid 70% of East Timor’s settlement in ruins and drove 75% of the population to flee into the mountains or to Indonesian West Timor. UN observers were among those evacuated following the referendum. The Security Council approved on 13 September that an international force under Australian command was sent to East Timor. The force quickly got the situation under reasonable control, but the country was already devastated.

The newly elected Indonesian parliament approved the referendum in October, and on 31 October the responsibility for East Timor was handed over to the UN. Brazilian UN diplomat Sergio Vieira de Mello was appointed to lead the administration to pilot East Timor against independence. The UN operation, called the United Nations Transitional Administration in East Timor (UNTAET), has until now been mandated until 31 January 2001. The administration will be supported by nearly 11,000 soldiers, police and military observers. It will probably be the most expensive effort in UN history.

The Democratic Republic of East Timor is located in the eastern part of the island of Timor (with the exception of the Ocusse Ambeno exclave), in Southeast Asia.

Having achieved independence from Portugal in 1975, East Timor was occupied by the Indonesian armed forces. The end of the Cold War and the end of former Indonesian President Suharto’s long political career ended two decades of conflict between the Indonesian army and the Fretilin forces, the Frente Revolucionária de Timor-Leste Independente, which is estimated to have caused more than 100,000 dead. In September 1999, 78% of the residents of East Timor spoke in favor of independence in a referendum called, following international pressure, by Suharto’s successor, Bacharuddin Jusuf Habibie. The independence choice generated a new spiral of violence, starting from the reaction of the East Timorese militias in favor of integration with Indonesia and supported by fringes of the Jakarta army.

East Timor’s relations with the Indonesian government have improved since then, and today Jakarta is a strong supporter of East Timor’s candidacy for membership of the Association of Southeast Asian Nations (ASEAN). The country’s main political partner is Australia, with which, however, a dispute has arisen in recent years over the exploitation of hydrocarbon resources off the coast of East Timor.

The country’s political system is a parliamentary one. The head of state is the president of the republic, but his role is purely symbolic. The country’s politics in recent years has been dominated by Xanana Gusmão, former president of the republic since 2002 and subsequently prime minister since 2007; Gusmão was also the founder of the National Congress for the Reconstruction of Timor, the winning party of the 2012 elections. attempting to stabilize the political situation, Gusmão has taken some drastic measures, including a law that significantly reduces press freedom. However, this did not prevent the weakening of the Prime Minister’s party, who, in February 2015, he was forced to resign. Gusmão said he wanted to leave room for younger politicians and the opposition. Thus a national unity government was formed in February led by the opposition leader Rui Maria Araújo.

The government’s economic policies have failed to reduce the country’s heavy dependence on hydrocarbon exports and the economy has been severely affected by the collapse in oil and gas prices. Although in past years the GDP had grown at a rate of over 9%, from 2013 onwards there was a slowdown in growth. 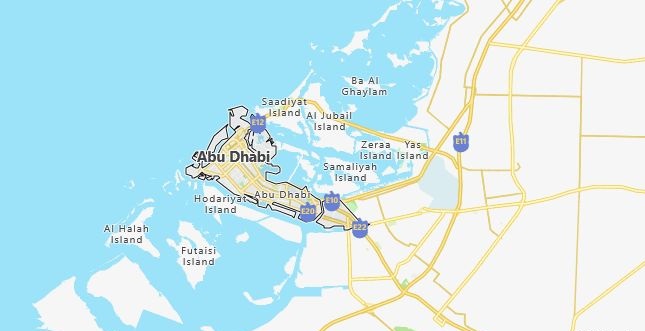