According to Pharmacylib.com, Republic of Equatorial Guinea is a small country on the African Continent. It is bordered to the north by Cameroon, to the south by Gabon and to the west by the Gulf of Guinea, in whose waters the islands of São Tomé and Príncipe are located more to the southwest.

The now continental area of Equatorial Guinea and the island of Bioko were colonized by the Portuguese during the 15th century, developing an important slave market. The territory was handed over to Spain in 1788, who kept it as a protectorate until 1959, when an internal self-government was created.

Independence came in 1968, spending 11 years under a new dictatorship, that of the brutal President Macias Nguema. In 1979 he was overthrown by a military coup led by his lieutenant colonel and nephew Teodoro Obiang Nguema Mbasogo. The general situation improved slightly from Macias. The country benefited from the resumption of international assistance (particularly from France and Spain) and from the country’s entry as a full member of the Central African Economic and Customs Union (CEEAC) in December 1983, and from its entry into the French Monetary Zone two years later.

In 1989, Obiang won the elections in which he was the only candidate. Relations with Spain, the former colonial power, remain in a delicate situation since assistance was conditioned on progress in the democratization of the political system. In 1991, the Government granted a new constitution authorizing the formation of opposition political parties and the separation of powers between the Prime Minister and the President.

In February 1992, an interim government, drawn exclusively from the ruling party, the PDGE, announced the convening of multiparty legislative and presidential elections. The previous convocation of 1993 was without effect due to the boycott of the opposition and the complaints about the electoral law, which led to these elections being won by the PDGE, in the proportion of 75% of the seats. Following the expulsion of its consul general in Bata in January 1994, Spain halved the aid it was granting to Equatorial Guinea. After the elections, the regime continued its policy of silencing and annihilating any political opposition.

In 1995, Severo Moto, leader of the Progressive Party, was sentenced to two and a half years in prison for an alleged bribery and for having “damaged the reputation” of Obiang. In April, Moto was again sentenced to 28 years in prison for treason and conspiracy. Later, members of the Bioko Self-Determination Movement were tried without guarantees and with the prohibition of the presence of international observers, accused of conspiracy against the State, some of whom were sentenced to death.

In 1998, Severo Moto and four other people filed a complaint against the President of Equatorial Guinea, Teodoro Obiang, at the National Court of Spain for the crime of continued national and international terrorism.

In December 2002, Obiang was elected to a new seven-year term with 97.1 of the votes. The president was the only candidate: all his rivals withdrew amid accusations of massive electoral fraud.

Authorities thwarted a 2004 coup attempt organized by Simon Mann, a former British special forces officer. The plan generated worldwide repercussions after Mark Thatcher, the son of former Prime Minister Margaret Thatcher, was arrested in South Africa on suspicion of financing the coup attempt. Thatcher eventually accepted a guilty plea to South African authorities, having denied being involved. Zimbabwe deported Mann to Equatorial Guinea in 2008, where a court sentenced 34 years in prison in July.

Contrary to most African states, the Republic of Equatorial Guinea is not formed by a single bloc on the continent but the country is organized into two regions:

The current capital, Malabo, is home to the supreme institutions of the nation and diplomatic representations, while Bata (on the mainland) increasingly plays the role of associated capital, as evidenced by the recent transfer of the seat of Parliament to this town.

Two cities stand out: Malabo, capital of the state with 31,600 residents, located in Bioko ; and Bata, a city in the continental region with 32,700 residents.

They have about 7,000 men and several members of the presidential family belong to the high military hierarchy.

Equatorial Guinea has a young population (45% does not exceed 15 years) with a birth rate of around 42 per thousand and a mortality of 16 per thousand. Life expectancy is 49 years for men and 53 for women. Only 4% of the population is over 65 years old. The adult literacy rate was 52% in 1992. Most of the population lives in rural areas.

Since the early 1990s, the country has experienced an oil boom after the discovery and exploitation of large quantities of crude. Numerous oil companies, mostly American, settled in its territory since 1992.

Often criticized for existing human rights violations, Equatorial Guinea became the third largest oil producer in Sub-Saharan Africa in 2003, behind Angola and Nigeria, with more than 400,000 barrels a day.

It has gas reserves estimated at 40,000 million cubic meters and has launched extensive programs to modernize its infrastructures.

The average per capita income is $ 9,710 (World Bank, 2007). However, the majority of the population does not receive the economic benefits of oil and suffers from a constant increase in the cost of living. The poverty rate is 77%.

Equatoguineans usually have a Spanish name and an African name. When they write it, the Spanish name is followed by the African and by the surname of the father and the mother. 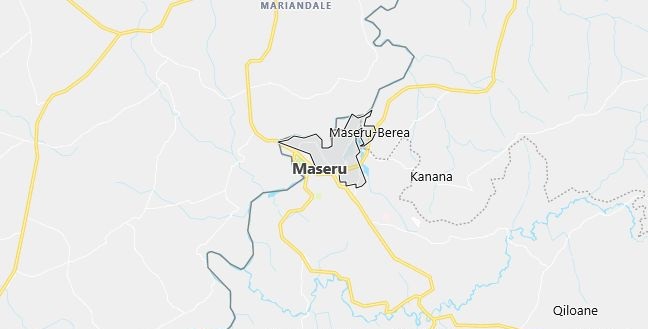 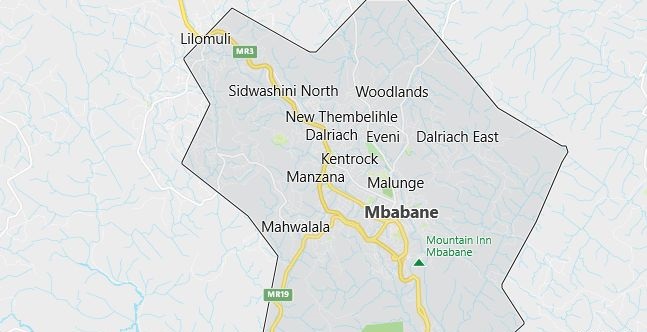