Soon, however, this compromise was undermined by a growing nationalism that forbade transforming the Dual Monarchy into a Triple Monarchy, that is, a state in which the Slavs would have had their part, and therefore increased the will to rebellion of the latter, especially of the Serbs after the annexation of Bosnia and Herzegovina (1908). At the end of the First World War the Hungarians proclaimed the independence of their country (October 30, 1918), whose territory was mutilated (Treaty of Trianon, June 4, 1920) of Transylvania. After Béla Kun’s brief Bolshevik experiment (March-August 1919), the long regency of Admiral Horthy took place (1920-44), which between 1938 and 1941 recovered vast regions taken from Czechoslovakia, Romania and Yugoslavia, but inevitably dragged Hungary into World War II (1941).

Occupied Budapest by the Soviets (February 1945), with the Treaty of Paris (February 10, 1947) Hungary was brought back to the borders already assigned by the Trianon Treaty. Inside, after an initial experiment in coalition government of anti-fascist parties, of which the largest was that of small owners, the country was controlled by the Communist Party and in 1949 it became part of COMECON and then of the Warsaw Military Pact (1955). In 1956 the people of Budapest rose up against the despotic regime of Rákosi, but the revolution was subdued by the Soviet armed forces and the most compromised leaders (Nagy, Maléter) were sentenced to death. After the Soviet intervention, J. Kádár became the secretary of the Hungarian Socialist Workers’ Party (POSU). Kádár was also president of the Council of Ministers between 1956 and 1958 and between 1961 and 1965. But as first party secretary (last time he was re-elected in March 1980) he always exerted a decisive influence on the political life of his Country. While remaining loyal to the Soviet Union, Kádár managed to implement a series of reforms that made Hungary the most tolerant country in the whole of Eastern Europe. Particularly important was the 1968 reform, called the “new economic mechanism”, thanks to which the decentralization of the economy was initiated and the management of businesses was partially liberalized.

In May 1988, according to intershippingrates, Kádár was replaced by Károly Grósz both in the position of general secretary of the POSU and in that of head of government; in June the independent B. Straub was elected to the presidency of the Republic. Leaving the leadership of the executive to M. Nemeth (November) and introducing the almost total liberalization of prices, Grósz intensified relations with the West, while the exodus of several thousand Magyars from Transylvania increased the tension with Romania. In 1989, in the climate of international relaxation induced by the perestroika Soviet, the internal political renewal recorded rapid progress, culminating in the democratization of the regime: the decisive factor was the renunciation by the POSU of its hegemonic role or the recognition of pluralism (February), followed by the reintroduction of the right to strike and the restoration of freedom of the press. In June, talks were started with the opposition about the timing and methods of the transition to a fully liberal system; the funeral of Imre Nagy, definitively rehabilitated in July, was celebrated in a solemn form, with an enormous participation of the people and the head of state himself; Also in June, Grósz was dismissed, a collegiate body headed by R. Nyers was installed at the top of the POSU. Finally, during the summer the round table between the parties approved a new electoral system and the popular election of a president with broad powers. In October, the XIV Extraordinary Congress of the POSU ended with the split of the party whose majority gave birth to the Hungarian Socialist Party (PSU) chaired by Nyers, while the conservative minority opted to remain in the POSU Parliament sealed the turning point by approving almost unanimously the new provisional Constitution of the Republic of Hungary, deprived of the “popular” qualification, formally proclaimed on October 23, 1989.

This transformation brought about soon to new relations with foreign countries, characterized above all by the dismantling of the “ iron curtain ”On the border with Austria and the consolidation of relations with Western countries in favor of liberalization. The first postwar free elections (March-April 1990) were won by the Democratic Forum (MDF) whose leader, J. Antall, formed a center-right coalition government that accelerated the process of transformation of the economy towards the model. liberal. À was elected to the presidency of the Republic. Göncz, writer who is a member of the Alliance of Free Democrats (SDS). With Antall’s disappearance in December 1993, Fr. Boross was elected prime minister and led another center-right coalition.

The 1994 elections, however, recorded a heavy defeat of the Democratic Forum at the hands of the Socialist Party of G. Horn, which won an absolute majority in Parliament, assuring its leader the leadership of the new government. Relations with the European Community (of which Hungary became an associated country in 1991) and with some Eastern European states were consolidated. 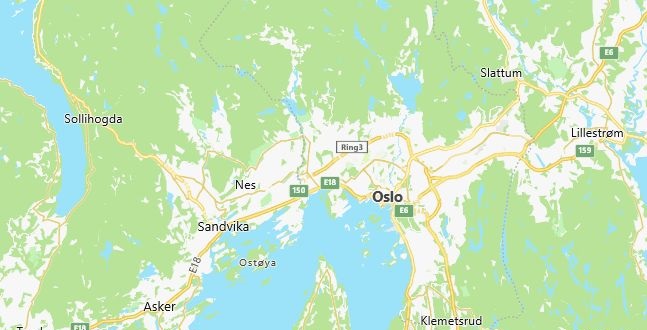