Jordan. King J Hussein died in cancer on February 7. A few weeks earlier, by decree, he had appointed his eldest son Abdullah as his successor instead of his brother Hasan, whom he accused of trying to politicize the country’s armed forces and defile Queen Nur during his absence. Hasan accepted the decision. King Hussein’s funeral Feb. 8 in Amman was described as a milestone in the history of the Middle East. Hundreds of thousands of Jordanians, many in tears, gathered on the streets of the city, where over 50 heads of state and government have come. Among the guests were Syrian President Hafiz al-Asad, to whom King Hussein had had a close relationship since Jordan concluded a peace treaty with Israel in 1994. Palestinian leader Yasir Arafat, Israeli Prime Minister Benjamin Netanyahu and Israeli President Ezer Weizman were also present. the Swedish royal couple. 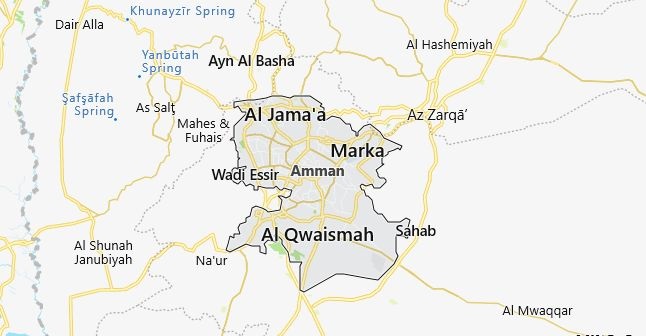 During the rest of the year, Abdullah devoted a great deal to building good relationships with the outside world. In April, he made a round trip to Syria, Saudi Arabia, Libya, Egypt, Morocco, the United Arab Emirates and Kuwait. In May he made a similar tour to the United States as well as the United Kingdom and several other European countries. Kuwait and Jordan reestablished their diplomatic relations, which had been totally or partially interrupted since 1990, when Jordan did not take a stand against Iraq’s occupation of Kuwait. In September, Abdullah visited Lebanon, where his father had not been since the 1960s. Even more drastically, Jordan’s relations with Syria improved. In May, Syria agreed to supply Jordan with 70,000 cubic meters of water per day for four months ahead. It was of great help to Jordan during this drought year in the Middle East. In August, Syria and Jordan.

In late August, Jordanian authorities closed the Islamist organization Hamas (Islamic Resistance Movement) office in Amman. During the year, the US and the International Monetary Fund (IMF) granted loans and assistance worth several hundred million dollars to help the country implement its reform program.

Between 2013 and 2014, the country was faced with several challenges that all leveraged the endemic poverty of society and the need to prevent Israel’s power politics and the heavy repercussions of the Syrian crisis from threatening the very survival of the kingdom.. If the long-standing presence in the country of over two million Palestinian refugees exposed the risk of friction with the native component of the eastern regions, threatened to become a minority at home, new tension generated the influx of Syrian refugees (over 628,000 as of May 2015, according to United Nations estimates), collected largely in the camp of al-Zaatari, which has become the fourth urbanized center of the kingdom. In 2014, Jordan also saw the outbreaks of crisis at its borders dangerously flare up: first the war in Gaza (July-August), with the mobilization of Palestinian refugees against Israel, then the threatening expansion of the terrorist organization of the Islamic State in ῾Irāq and Syria (see IS), where jihadists and Jordanian Salafists, ready to undermine the stability of the kingdom once they return home. Jordan, loyal to the United States, to whose conspicuous financial aid she was forced to resort with increasing frequency, reiterated her choice of field in this situation by participating in the mission against IS in Syria (Sept. 2014), but also by strengthening its cooperative relationship with Israel, on which Jordan largely depended for its water and natural gas supply needs.