Milan has a huge amount of attractions. We have made a selection here that we think is important to bring when you are in Milan, while also trying to get a variety in the range of attractions and sights.

Leonardo da Vinci’s perhaps most famous work (no, we have not forgotten Mona Lisa in the Louvre in Paris) is the world famous fresco The Last Supper. Here you need to book in advance, at least a few months in advance, and you only have 15 – 30 minutes to admire the work. Everything is done to preserve the masterpiece.

Il Duomo is Milan’s huge cathedral, which is the center of the city. It has been standing here since 1386 and with more than 12,000 square meters in size, the world’s largest church of St. Peter’s Church in Rome was built.

The Milanodome is decorated with approximately 3400 statues and the architecture goes from Gothic to Neo-Gothic and Neo-classical. There are hardly any people who cannot be moved by this cathedral. Open from 0700 to 1845. The address is Piazza Duomo.

The architect is the one behind the upgrade of Il Duomo (Milan Cathedral) in the middle of the 19th century. The arcade houses several shops and cafeterias and is impressive (to say the least) with its use of glass and iron in the ceiling. And inside the Galleria Vittorio Emanuele you will find the place where you step on the bull’s testicles. Read more about the myth of the bull and testicles in Milan here!

The world’s best and most famous Opera is called La Scala and it was built in the late 1770’s. It is truly a stylish building. Not least, the opera is very impressive on the inside.

The neoclassical facade formed the school for many other opera buildings around the world. There is also a very interesting museum in the building. Address: Piazza la Scala.

Not many cities can set up their train station as an attraction, but the Milan Central Station from the early 1900s is worth seeing. In its distinctive Art Deco style, with clear inspiration from earlier Roman greatness, it ruins the landscape.

The fascists in Italy would appear with all their might and put pressure on getting the station as big as possible. Previously you could see Mussolini in mosaic in one of the departure halls, but this has now been removed.

From 1482 to 1492 Leonardo da Vinci himself worked on one of his biggest projects. He was simply going to make the world’s largest sculpture of a horse. Unfortunately, the work started was destroyed by French attackers, but a copy has subsequently been set up. And believe us, this one is great.

The statue can be found at Piazzale dello Sport 16, right by the arena where horse races are arranged, and not far from San Siro / Guiseppe Meazza football stadium. Open daily from 0930 to 1930 and free admission.

It is clearly one of the world’s greatest football stadiums, the San Siro, or the Guiseppe Mezza stadium as it is also called on the Via Piccolomini 5 west of Milan. Here both Inter Milan and Ac Milan play their home matches. Of course, such a football stadium also houses a landmark football museum.

This is Milan’s largest burial ground and also the most famous and exclusive. It covers an entire 250000 square meters and the entire burial ground is like a huge outdoor gallery for 19th and 20th century sculptures. Free entrance and open 0830 to about 1700.

Milan is a big and powerful city and it is not easy to prioritize the right time if you are just going to spend a weekend here. Understandably, shopping is a must when you are in the fashion capital of the world after all. An opera visit should also be included in the plans since this is the hometown of fantastic La Scala. Possibly a visit to the football stronghold, Giuseppe Meazza Stadium (also called San Siro), where Inter Milan and AC Milan play their home games.

The rest of the time should be devoted to Milan’s major sights as well as of course the relaxation and view of the piazza and the many cozy cafés.

The natural gathering point for all “tourist in Milan days” is Piazza del Duomo, but start the day at Piazza della Scala which is close by. Directly above this area are the exclusive fashion houses close by, so now you are also familiar with the upcoming shopping. In the middle of Piazza della Scala you will find the statue of Leonardo da Vinci who lived and worked in Milan in the late 1400s. The beautiful building behind the statue is the town hall.

On the other side of the street, Via Manzoni, lies La Scala, perhaps the most famous opera in the world. Feel free to take a tour of the opera museum. The opera dates from 1778 and seats around 2000 people. Book your tickets well in advance if you want to see a show. Now make your way through the Galleria Vittorio Emanuele II to the Milan Cathedral. This exclusive and elegant gallery from 1867 is an impressive sight, and you can enjoy a late morning coffee here.

On the other side of the Galleria Vittorio is the square of Piazza del Duomo, where the magnificent cathedral of Milan is located. This is clearly one of our favorite churches, no matter what other churches we compare to. It is old (the building started in 1386) and it is large. The Il Duomo is well over 100 meters high and has a ground area of ​​158 x 92 square meters. The church will seat more than 40,000 people. In addition, it is richly decorated with thousands of statues, spiers and engravings. The ultimate Milan experience is to get to the roof of the church and to see the fullness and richness of the church in full.

After the visit to the Milan Cathedral, walk the street Corso Magenta to the Palazzo Litta building (no. 24). This more than 400-year-old palace is well worth a closer look, and if you are lucky it is also open for a visit inside. The house belongs to the Italian railway. The street of Corso Magenta is in the heart of Milan, where it is teeming with shops, bars and restaurants. Eat an early / late lunch here.

From Palazzo Litta you go to the main landmark in almost all the world, namely Leonardo da Vincis The Last Supper. It is located in Cenacolo Vinciano at the Church of Santa Maria delle Grazie. The church stands in the square with the same name as itself. Just follow the Corso Magenta further. However, remember that you are definitely not the only one who wants to see Leonardo’s masterpiece and that you have to calculate time in line. NB! You must remember to book your ticket in advance. Read more under attractions in Milan. The church itself is also well worth a look. It differs quite a lot from the other churches in Milan.

After visiting the church and admiring the Last Supper, head to Castello Sforzesco Castle. The castle dates from the mid-1300s, but has been built on several occasions. The entire area invites you for a relaxing walk. Visit one of the museums at the castle.

After a shower, some rest and maybe a glass of wine in the hotel, we suggest you go to the Brera Artist Quarter for dinner and evening activities. Brera is just over 10 minutes’ walk from Milan Cathedral and is an area where you can stroll around, find a restaurant, bar or café and enjoy life. During the tourist season, it can be very crowded, so the “bar-jumping” (going from one place to another) should stop when you find seating. The closest metro station to Brera is Lanza (green line). Why not start your visit to the Art Café on Via Brera 23?

After a good breakfast, start the day at the Stazione Centrale in the northeast of Milan. This is a solid station building with clear traces from the sad times when Italy had its fascist regime. It does not prevent the station from being a point of interest. The large square at the main entrance to Stazione Centrale is called Piazza Duca D’Aosta.

From the square here you will see Milan’s most beautiful skyscraper, the Pirelli building, which by the way is Italy’s highest with its 127 meters. We now recommend you take the main street Via Vittorio Pisani down to Pizza Repubblica or take one of the very cozy trams frequenting Milan. It’s astonishingly affordable for a single ticket. The trams are a story in their own right and date back to 1928. Remember that you buy the ticket before boarding. When you enter the tram, you stamp the ticket on one of its many vending machines. You buy a ticket at a kiosk or bar near the tram stop.

When you reach Piazza Repubblica turn left and walk until you see the large Giardini Pubblici park. Here it is lovely to stroll around and enjoy the green Milan. The park also has several sights such as the Milan Planetarium and the Museum of Contemporary Art. The latter is on Via Palestro Street south of the park, while the planetarium is on the park’s east side, just off Corso Venezia Street.

Exit the park on the south side, towards Piazza Cavour. You now reach the main street Via Manzoni and you quickly meet on the Monte Napoleone cross street. You are now in Milan’s fashion district and the shops here have the best of the last. Here you will also see trendy young Milanese who are there to be seen and naturally act. Enjoy a coffee and maybe a cake at one of the many cafes in the area. Feel free to take a trip to the giant Armani department store in Via Manzoni, but keep in mind that here the goods cost a lot of money. All over this area it is buzzing with shops and the time is now ripe for shopping!

When the shopping is done, you can either walk a few hundred meters until you reach La Scala and the Milan Cathedral or go directly to the Ticinese and Navigli area southwest of Milan. Along the canals of Ticinese there is a buzzing crowd that lasts well into the night.

Lovely Ticinese and Navigli in Milan

Enjoy Milan by strolling around this old working area, looking in stores and sitting down for a coffee, wine or whatever you want.

If you want to take in the sights, take a stroll along the Ripa di Porta Ticines to Piazza XXIV Maggio. From here you go north to the Parco delle Basiliche. On the north side of this small park you will see the beautiful church of Bassilica San Lorenzo. If you want to take the nightlife with you, go to Porta Genova and follow the Navigli channels.

If you are lucky enough to be here at the same time as there is a football match then Giuseppe Meazza Stadium (San Siro) is located in the west of Milan, well outside the city center. Feel free to take a taxi. If not, as mentioned, you have the opportunity to take part in Navigli’s popular nightlife or relax in a cozy bar in the Brera area. Alternatively, there are several discos and jazz clubs in Milan. 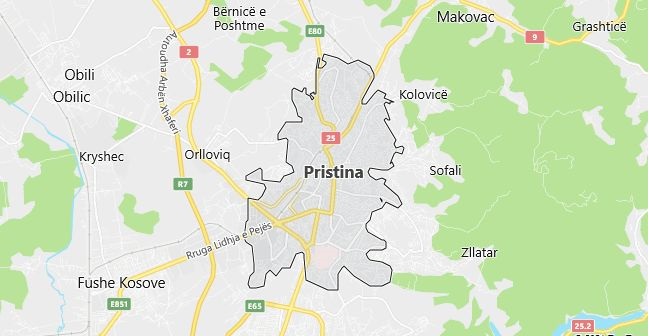 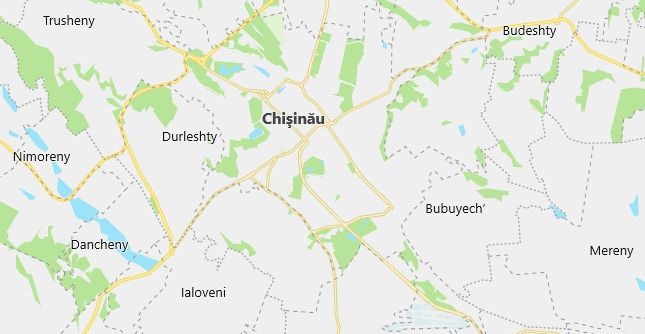